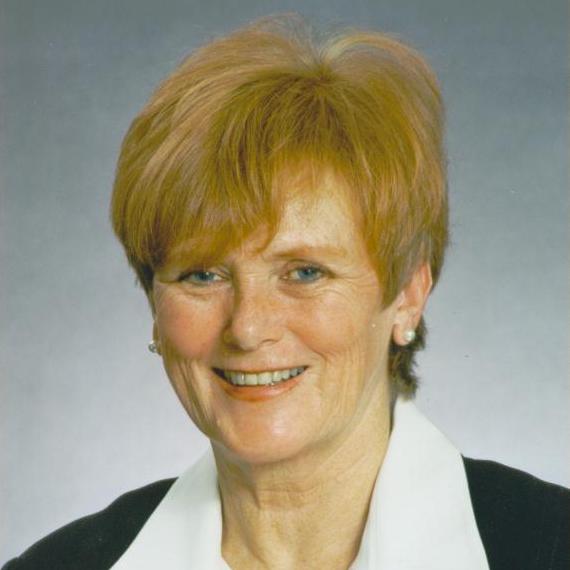 Kathy Hoisington was the sales manager for Hoisington Realty, Inc. from it's founding in 1969, until the death of her husband Bill in 1974, when she became Principle Broker. Throughout the years Kathy has placed her focus on Realtor education, and service to both her clients and her [...]

Kathy Hoisington was the sales manager for Hoisington Realty, Inc. from it's founding in 1969, until the death of her husband Bill in 1974, when she became Principle Broker. Throughout the years Kathy has placed her focus on Realtor education, and service to both her clients and her community.

The first woman to be President of the Bennington Rotary Club, Kathy received their highest award, a Paul Harris Fellowship for 'service above self.' She received an Honorary Doctorate of Law from Southern Vermont College, which honored her as commencement speaker in 1998. Kathy served as a Trustee for the Bennington Museum, United Counseling Service and chaired the United Way Campaign in 1994. She also received the highest award for community service from the Bennington Chamber of Commerce. Kathy was the first female president and is a former director of the Bennington County Industrial Corporation as well as a former director of the Southwestern Vermont Health Corporation. She was also the first woman to be director from the Bennington area on the First Vermont Bank and Trust Board of Directors and was then promoted to a Director of the Banknorth Holding Company. When Kathy turned sixty she decided to retire from community board service and now devotes more time to each of her passions: her family, her business and dressage.

In Realtor education Kathy served as State Education Director of the Realtor Association, and Dean of the GRI program. Kathy earned the Realtor designation of GRI, CRS and CRB and recently earned her CBR (Certified Buyer Representative) designation. She represented her Board three different times as President and they named her Realtor of the Year. On a town level she chaired the Board of Assessors and served on the Zoning Committee.

She is a native Benningtonian of four generations and is married to Jerome Eckstein, a philosopher and writer. She has a grown daughter and two stepchildren in addition to three grandchildren. Her passion outside of family and work is a love of animals and she has an assortment of dogs, cats and horses. Kathy practices and competes in the art and sport of Dressage.

Kathy says: “I have been blessed with good health, family and a successful business for many years, but as I grew older and maybe wiser, I asked myself what my priorities are and how much longer do I have to fulfill them? I now choose to do less better and look forward to an exciting future with family, business and dressage. While I have left my board memberships behind, I remain committed to one-on-one personal relationships where I can help others reach their goals. We as a company are still dedicated to our community. Our staff volunteers and participates in many different organizations and we support as many institutions and causes that better the community as possible.

No account? Sign up now to save searches, listings, and get tailored listing notifications. It's free, opt-out anytime.